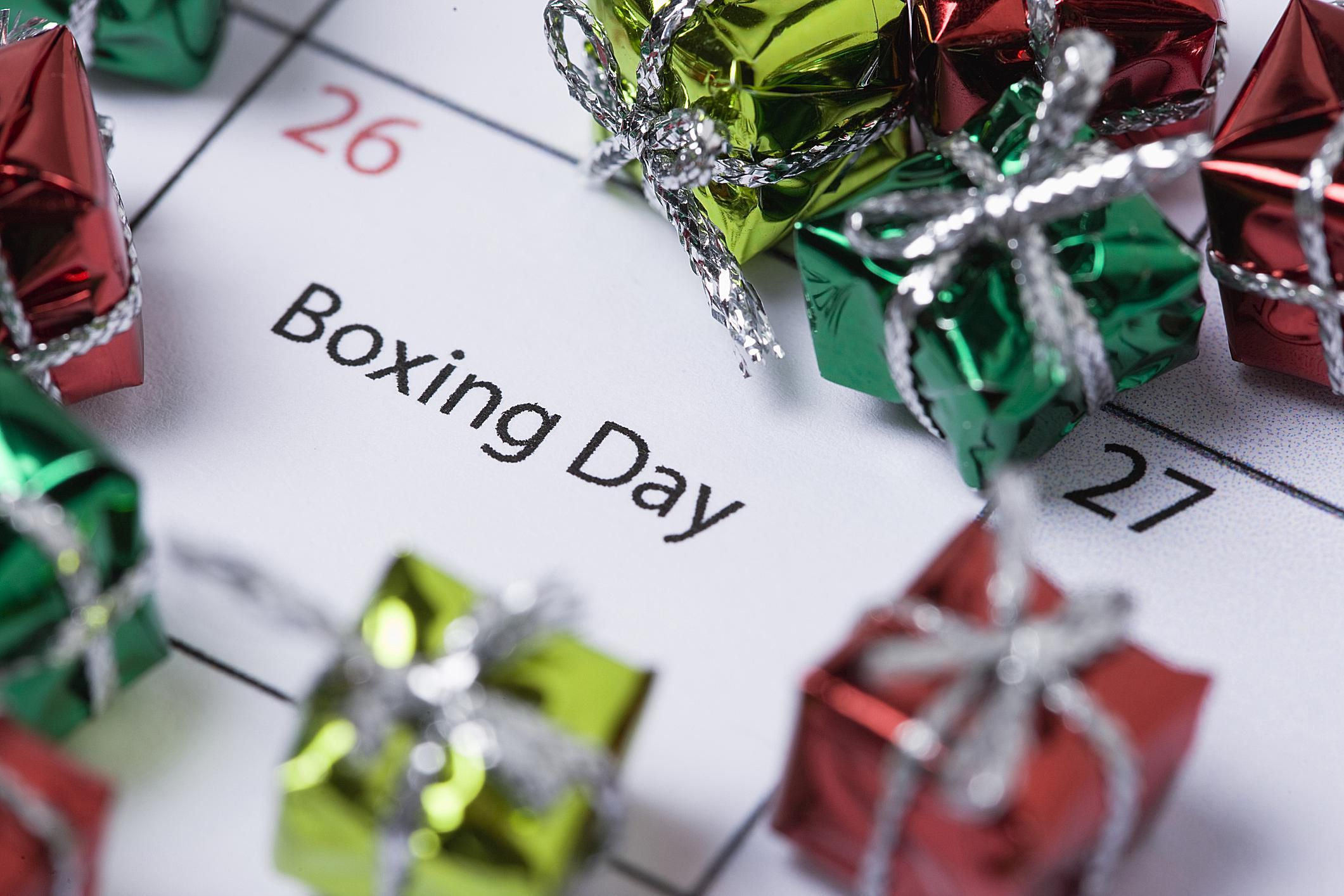 December 26th is also known as Second Christmas Day, Saint Stephen’s (Feast) Day, Boxing Day, and Offering Day. While “Second Christmas Day” makes sense as a name and is observed in Scandinavia, Germany, and several Eastern European countries, and St. Stephen’s Day is a religious feast day for Christians, Boxing Day is a secular holiday observed in the United Kingdom and its commonwealth nations whose name is a little more perplexing. Given the nature of the event, Offering Day is only a synonym for Boxing Day, excluding the slightly distinct cultural meaning of the first two titles on this list.

To put it simply, it is unknown why Boxing Day was given its name. Rather than claiming one reason as the one correct solution, this article will outline the major hypotheses behind the naming of this seasonal observance so that the reader can reach his or her own decision. Notably, Boxing Day is also the second day of Christmastide, the liturgical celebration for which “The Twelve Days of Christmas” was composed.

Explanation #1: A Conflation of British Traditions

A Christmas box, according to the old meaning, is any “gift or gratuity presented on Christmas Day.” Within the United Kingdom, this was typically confined to those who were supposedly owed money for services provided as members of the general public. This British perspective holds that because public officials worked for everyone, everyone owed them something. However, because the payment was not paid directly by members of the general public, some form of acknowledgment should be provided on Christmas.

As a side note, this interpretation has been declared illegal in some parts of modern South Africa because sellers would harass individuals at home. These sellers would virtually panhandle by knocking on houses and asking for a “Christmas box.” Notably, this conduct did not appear to be restricted to December 26th, but rather began to appear in the weeks leading up to or after Christmas Day.

Another British tradition, going back to a journal entry by Samuel Pepys on December 19, 1663, acknowledges that it was traditional for tradesmen to collect Christmas parcels on the first workday after Christmas. Throughout the year, these boxes would be filled with donations of presents or money, thus serving as the tradesmen’s Christmas bonus.

The tradesman’s habit of collecting money throughout the year in a box and then opening it on Christmas Day has its origins in an even earlier British tradition. Because slaves of the affluent aristocracy were required to work on Christmas Day, December 26th provided an opportunity for the workers to request family leave from their bosses. The slaves were allowed to visit their families and were generally given a package containing gifts, bonuses, and maybe even leftovers from the Christmas feast.

Notably, the events surrounding Good King Wenceslas, a Bohemian Duke of the 10th Century, and his unending kindness to a freezing peasant occurred on The Feast of Saint Stephen; this particular date may very well have been the reason for Wenceslas’ altruism as the overall reminder of St. Stephen is to make sacrifices to better those less fortunate.

This custom evolved into a custom in the United Kingdom that encouraged sellers to provide something, generally in the form of real cash, as a Christmas present. Most shops would likewise be closed on Boxing Day, paying tribute to the day off that the nobility’s slaves had.

Explanation #2: Alms Boxes and the Feast of Saint Stephens

Giving money and other presents to slaves and the destitute has been practiced in Europe since the Middle Ages, which lasted from the 5th through the 15th century. Despite this long tradition of goodwill and charity, it is unknown when Boxing Day originated.

Some believe that the festival gets its name from the alms box that may be seen in the unconsecrated vestibule of Christian churches, often known as the “narthex.” These boxes were used to collect money that would subsequently be donated to the poor, hungry, and oppressed.

Read more about...  9 Bizarre Christmas Cards from the 1800s

It is also conceivable that the apparent alms box connection is related to the late Roman empire and the early days of Christianity. During this historical period, the alms box was intended to be a collecting vessel. Donations placed in the box would be used to support offerings associated with Saint Stephen, traditionally regarded as the Christian Church’s first martyr. While some Christian groups observe the Feast of Saint Stephen on December 27th, numerous others observe it on December 26th. Regardless of the day on which the feast day is commemorated, it is still customary for churches to open their alms boxes and distribute gifts to the poor, either directly or through different organizations with which the church may be affiliated.

The Nautical Interpretation is Explanation #3.

Britain is a country steeped in maritime traditions, thanks in large part to its historically impressive fleet. Given this knowledge, it should come as no surprise that there is a unique observance that may have contributed to the name Boxing Day. This maritime practice entailed sending ships out with a package containing prizes such as money, wine, and other desired things. This box, which would always arrive at the ship unopened, was meant to be a good luck symbol. If the mission of the ship is successful, the box will be turned over to a priest who will be in charge of ensuring that the contents of the box are delivered to the poor and needy around Christmastime.

These are the three most popular explanations for why December 26th is observed as Boxing Day by individuals residing in the United Kingdom or British Commonwealth states.

Here are some of the major reasons why this festival does not have a distinct name.

It has nothing to do with the sport of Boxing.

While fox hunting was a favourite Boxing Day sport among the nobles, this holiday has nothing to do with the “sweet science” of boxing. In reality, the name “boxer” is derived from the Greek word “pyx,” which means “with clinched fist”; pyx and box sound close enough that it makes sense. While it may appear that boxing fights take place in a square arena with ropes, boxes are cubic, and matches did not always take place in a square-shaped venue.

It is not devoted to the settling of grievances.
While you may participate in some prizefighting with someone over a specific coveted item over the holidays, or you may be the sort to celebrate a fictitious holiday like the “Festivus” of the TV sitcom “Seinfeld,” boxing day has nothing to do with the expression “box his ears.” Boxing someone’s ears means striking them on the side of the head or on the ear.

The name “boxing” may have originated from the same etymological roots as boxing since it explicitly utilizes “box” as a phrase for striking someone about the head. The closest this phrase may get to genuine Boxing Day events is harsh revenge by servants if their owners treat them terribly over the holidays. Some see masters giving their workers the day off on December 26th as a method to keep the serving workforce just loyal enough to tolerate whatever harsh life such service involves.

While determining the etymology of Boxing Day remains mostly an academic pursuit about determining whether it is due to the British navy, several converging religious observances, or ways for the nobility to keep their servants loyal and happy, the positive feelings associated with this holiday among those who celebrate it cannot be disputed. Even if you don’t reside in the Commonwealth, consider contributing some of your time or money to someone less fortunate than yourself on December 26th, a day that many Americans refer to unofficially as “Annual Returns Day.”