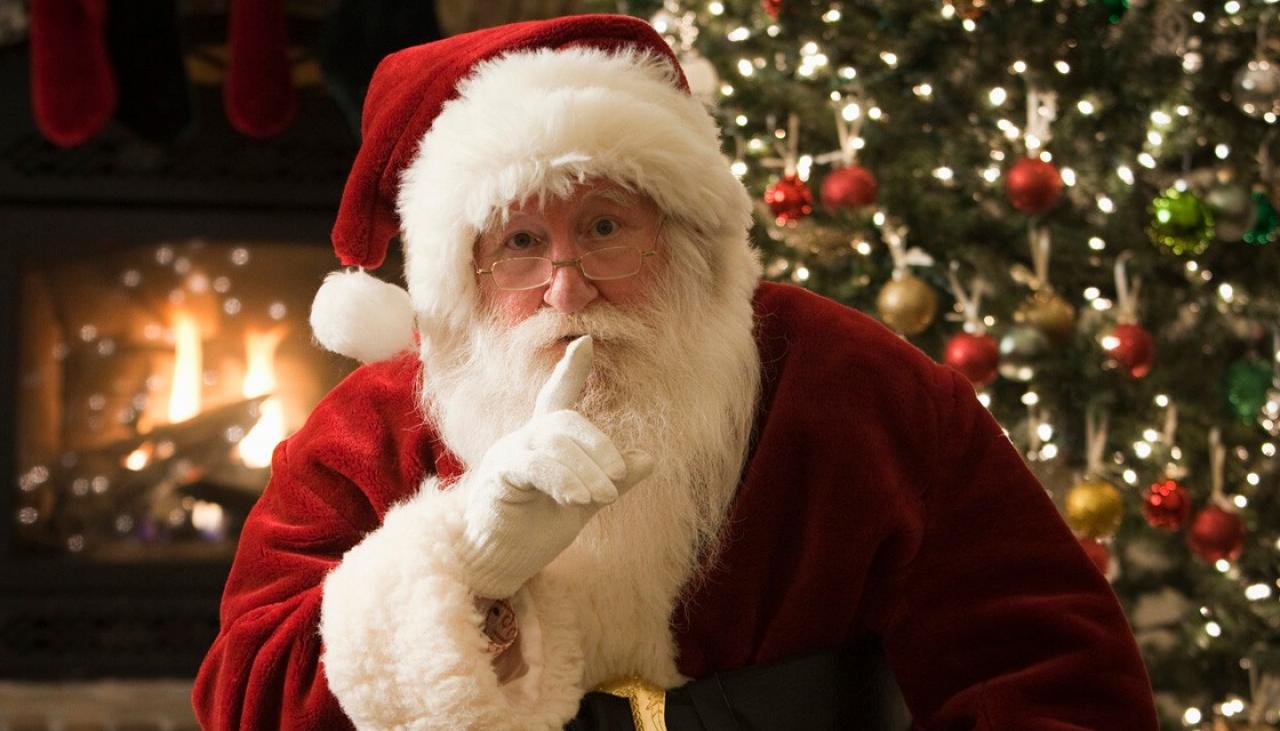 For many Christians, Santa Claus is nothing more than a secular diversion from commemorating one of the greatest events in human history: the birth of Jesus Christ. But, no matter how much we try to separate Santa from Christmas, he is impossible to ignore. His image may be found everywhere. So, what do we answer when the youngsters inquire, “Who is Santa? ” We may utilize this inquiry, like any other from our children, as a teaching opportunity.

In this first part of a two-part piece, I’ll discuss some of the fascinating information I discovered concerning Santa Claus’s identity. Part two will focus at what we can “do” with Santa at our family holidays.

Santa Claus is an English translation of the Dutch name for St. Nicholas, Sinterklaas. Though the modern Santa Claus is linked with a fantasy world, St. Nicholas was a pious man recognized for his kindness and generosity.

Nicholas was born in Patara in the third century to affluent Christian parents (a harbor city in modern day Turkey). Nicholas and his parents could most likely trace their spiritual ancestry back to the Apostle Paul, who arrived at Patara on his third missionary tour 200 years before.

Nicholas’ parents were believed to be devoted Christians who had long wished for a child. When Nicholas was born, they dedicated him to God. As an only kid, he was lavished with love and particular care. However, when Nicholas was still a young kid (probably a teenager), his city was afflicted by a plague, and both of his parents died. Though such a tragedy may push some people away from God, it appears to have pulled Nicholas closer to him. The boy’s heart seemed to have become more sensitive to the pain of others as a result of the death of his parents.

Read more about...  What to Do with Santa: Should he be part of a Christian Christmas?

Nicholas was handed a substantial inheritance and decided to put it to good use by honoring God. He established such a strong reputation in his locality that he was appointed Archbishop of Myra (a port city just south and east of Patara) when he was in his early twenties, indicating that he must have shown knowledge and maturity above his years. A brutal persecution of Christians began during his tenure as Archbishop.

During this period, Nicholas was probably definitely imprisoned and tortured for his beliefs. The persecution that began under the reign of the Roman Emperor Diocletian was continued for eight long years by his successor, Galerius. Surprisingly, after Emperor Galerius, Constantine, the first Christian emperor, became the unchallenged ruler of the West. By 324 A. D. , Constantine had seized control of the whole empire and made Christianity a legitimate religion.

When the persecution stopped and Christians acquired new religious freedom, they were confronted with new problems. Serious doctrinal disputes began to arise. Constantine understood the necessity for Christian unity, so he convened bishops from throughout the empire at Nicea in 325 A. D. to examine key theological problems. Nicholas of Myra is named as one of the bishops present at this gathering. Nicholas had no idea that his name would one day be more renowned than any other in attendance at the council that produced the famous Nicene Creed.

There are several anecdotes about Nicholas’ life, many of which highlight his goodness and charity. Following his death on December 6, a gift-giving ritual was started in his honor.

Read more about...  Legend of the Christmas Stocking

St. Nicholas Day is still celebrated on December 6 in many countries, but in others, such the United States, the traditions connected with the day have been merged with Christmas. Many Christians thought it was appropriate that a festival honoring giving would coincide with the birth of Christ, the greatest gift ever given to the world. However, the union was met with dismay by many Christian authorities, who believed that St. Nicholas was diverting too much focus away from Christ. Parents in Germany were urged to educate their children that the Christ Child was the giver of gifts. Kriss Kringle is the English translation of the German term meaning “Christ Child. ” In America, however, the name Kriss Kringle became associated with St. Nicholas, St. Nick, Santa Claus, and even the English moniker Father Christmas.

St. Nicholas was often represented in Middle Age art as a tall, slender, bearded clergyman. So, how did he become the Santa we know today in America? Santa’s white beard and red outfit are quite similar to the bishop’s robes worn by Sinterklaas in the Netherlands. The chubby and plump aspect of America’s Santa Claus, on the other hand, maybe traced back to the 19th-century poem ‘Twas The Night Before Christmas – an attempt to establish a more pleasant picture of Santa and convince youngsters that they had (in the poem’s words) nothing to dread. Though the current Santa Claus has deteriorated into a secularized character surrounded by fiction, his image may serve to remind us of the true St. Nicholas, a man who dedicated his life to serving God and inspired others to do the same. All saints (all Christians) exist to bring honor to God, not to diminish him.

We celebrate Christmas because God himself came to earth in corporeal form, in actual flesh and blood. However, once he went to heaven (and his physical body was no longer on earth), Jesus entrusted Christians to be his “body” (1 Corinthians 12:27). According to all accounts, St. Nicholas lived a life that assisted others in seeing Christ. How might we follow in his footsteps and assist others in seeing Christ in us (as genuine flesh and blood) at Christmas?