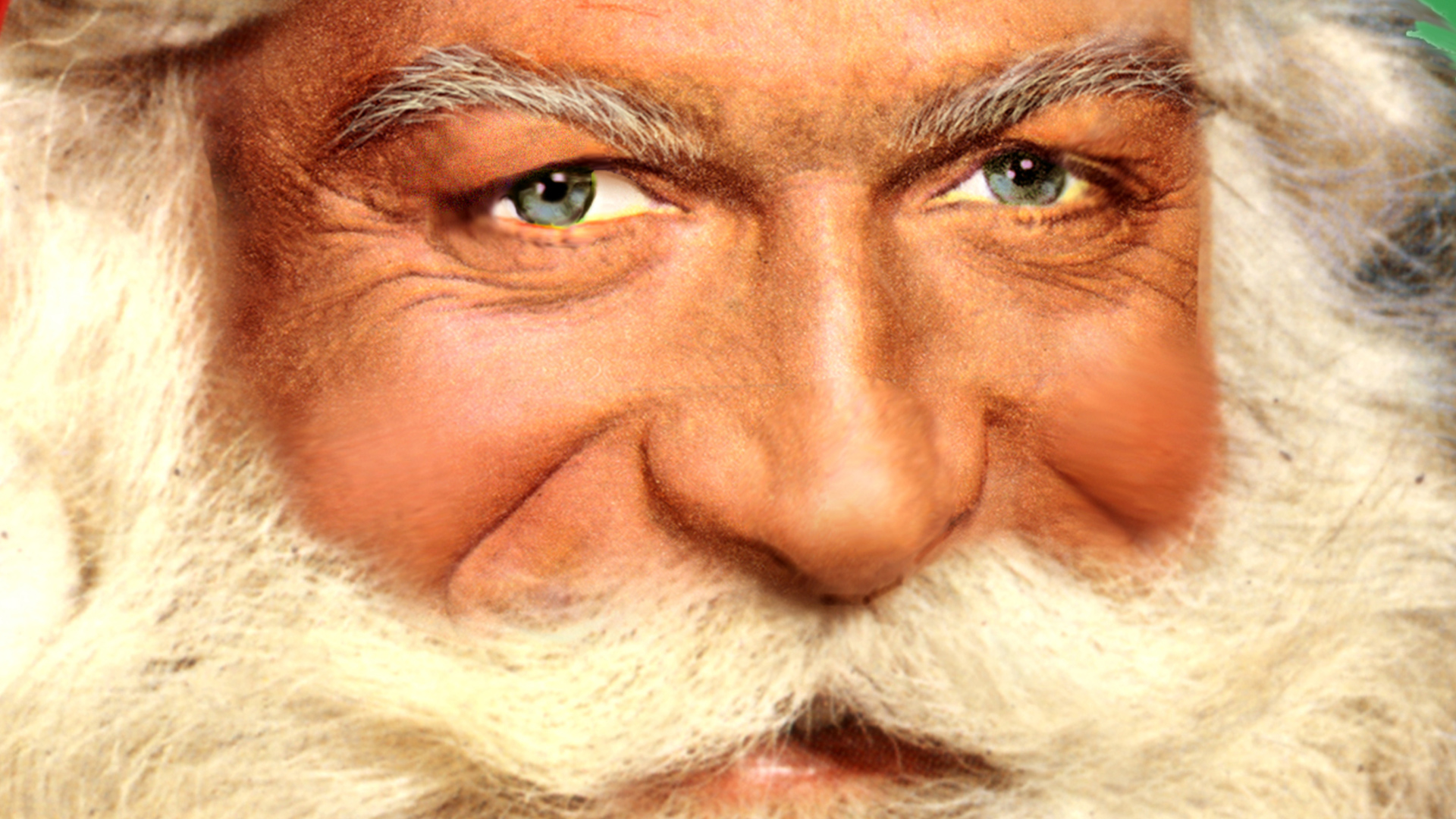 In my first blog, “Who Is Santa, and What Does He Have to Do With Christmas?” I explained who Santa is and what he has to do with Christmas. I talked about the origins of the historical St. Nicholas. The dilemma now is what to “do” with Santa Claus in terms of our family holidays.

Now that I understand this is a contentious issue for many Christians, I hope we can all accept one other’s decisions. Many of the families I like the most in the world have opted to exclude Santa from their family festivities (others do not even celebrate Christmas at all). I admire these families’ determination to keep the focus on Christ, and I have no intention of convincing them differently.

However, I am aware that some parents, like myself, have wonderful childhood recollections of Santa’s dreams and jingles. Though I completely agree that the focus should be on Christ during the Christmas season, I was wondering if it was essential to get rid of all the old books and ornaments with Santa references. As I pondered this issue, a multitude of thoughts raced through my head.

To begin with, youngsters adore imagination. That is why so many children’s stories have talking animals, fairies, magic, and other supernatural elements. Children can benefit from fantasy in terms of both creativity and imagination. Parents may play an essential part in clarifying what is true and what is fiction as their children develop and begin to discern between imagination and reality. Is this applicable to Santa fantasies? For guidance on this topic, I turned to two of my favorite fantasy authors, J.R.R. Tolkien and C.S. Lewis.

“It all happened like this: one very windy day last November my hood blew off and went and stuck on the top of the North Pole. I told him not to, but the North Polar Bear climbed up to the thin top to get it down – and he did. The pole broke in the middle and fell on the roof of my house, and the North Polar Bear fell through the hole it made in to the dining room with my hood over his nose, and all the snow fell off the roof into the house and melted and put out all the fires and ran down into the cellars where I was collecting this year’s presents, and the North Polar bear’s leg got broken. He is well again now, but I was so cross with him that he says he won’t try to help me again. I expect his temper is hurt, and will be mended by next Christmas.”

Even the North Polar Bear would occasionally write a letter to the children. He had to explain his “poor English spelling” because the language spoken at the North Pole was Arctic. The North Polar Bear became stranded in Goblin caverns one year (1932) and later “invented an alphabet from Goblin marks on the walls, and delivered a brief message in it.” The kids had a fantastic time decoding the letter.

Tolkien’s buddy C. S. Lewis is most known for his Chronicles of Narnia, in which he portrays a more serious Father Christmas. Despite the fact that the White Witch had made Narnia “always winter and never Christmas,” she was losing her powers. Here is a story of Father Christmas’s visit:

“It was a sledge [sleigh], and it was reindeer with bells on their harness. But they were far bigger than the Witch’s reindeer, and they were not white but brown. And on the sledge sat a person whom everyone knew the moment they set eyes on him. He was a huge man in a bright red robe (bright as hollyberries) with a hood that had fur inside it and a great white beard that fell like a foamy waterfall over his chest. Everyone knew him because, though you see people of his sort only in Narnia, you see pictures of them and hear them talked about even in our world — the world on this side of the wardrobe door. But when you really see them in Narnia it is rather different. Some of the pictures of Father Christmas in our world make him look only funny and jolly. But now that the children actually stood looking at him they didn’t find it quite like that. He was so big, and so glad, and so real, that they all became quite still. They felt very glad, but also solemn.”

Father Christmas declares, “She [the White Witch] has kept me out for a long time, but I have got in at last. Aslan is on the move. The Witch’s magic is weakening.” He proceeds to give gifts and even delivers sugar, cream and tea “for the moment.” Then he called out, “‘Merry Christmas! Long live the true King!’ and cracked his whip, and he and the reindeer and the sled and all were out of sight before anyone realized that they had started.”

Read more about...  Printable Christmas Games for Kids That Are Fun and Free

Clearly, Tolkien and Lewis were fans of the Christmas fantasy. I really appreciate how Lewis utilized Narnia’s Father Christmas to draw attention to Aslan, the actual King (understood by literary scholars to be a type of Christ).

The beauty of our American Santa Claus is that he is descended from a real figure, St. Nicholas, who was a true servant of Christ (not a competitor). Because American children are bombarded with pictures of Santa Claus throughout the Christmas season, there are several opportunities to discuss the actual St. Nicholas, a man whose life should encourage us to serve God more fully.

I’ve opted to stress the historical St. Nicholas’ charity with my children. One of the most well-known legends about St. Nicholas includes his discreetly giving gold to a father and his three daughters who had become penniless due to tragedy. Giving presents in Santa’s name is essentially a kind of anonymous giving. Secret generosity is compatible with how St. Nicholas presented presents, and it also follows Jesus’ admonition to keep our giving hidden. As Jesus put it, “Your Father who sees what is done in secret will reward you.” (Matthew 6:4).

I’ve always informed my kids that the real St. Nicholas is in paradise with God and that all the nonsense that surrounds Santa is simply “fiction.” My children are still young and like “make-believe” stories (just as they love me to make up fairy tales every night before they go to bed). Despite my efforts to stress the contrasts between what is genuine and what is false, truth and fantasy, non-fiction and fiction, my children do not always understand these distinctions. However, I am confident that with time and coaching, they will be able to acquire this discernment. When that time comes, I want to be able to assist them in seeing that our Christian tale is far superior to fiction since it is miraculous, historical, biblical, and true.

Read more about...  The Best Christmas Gifts for Avid Gamers