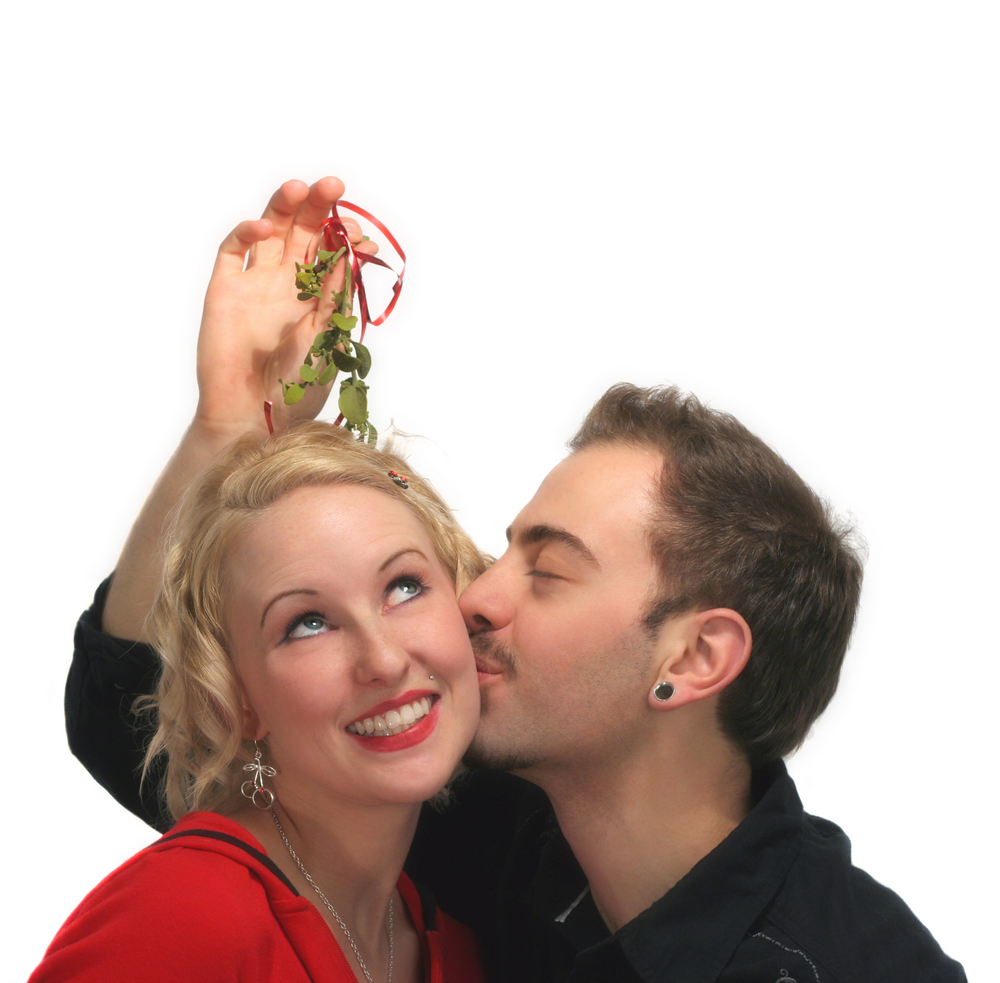 Plant-wise, mistletoe is particularly fascinating since it is a parasite (a “hemiparasite”). In its role as a parasitic plant, it grows on the limbs or trunk of a tree and actually sends out roots that penetrate into the tree and absorb nutrition from there. Because of its photosynthetic ability, mistletoe is also capable of growing on its own. As a parasitic plant, mistletoe, on the other hand, can be found more often. There are two varieties of mistletoe: the common and the exotic. In North America, mistletoe, which is often used as a Christmas ornament, is a parasite that grows on trees in the west and on trees in the east from New Jersey to Florida as well. Viscum album, the other variety of mistletoe, is of European origin. Green shrub with yellow blooms and white, sticky fruit, the European mistletoe is toxic. It’s widespread on apple trees, but unusual on oaks. The ancient Celts and Germans revered the oak mistletoe and used it as a ceremonial herb. The Greeks and other ancient peoples believed it possessed supernatural properties, and it became connected with various folkloric practices throughout the ages.

Mistletoe has been revered in European mythology for thousands of years. Aphrodisiac, aphrodisiac and a life-giver. Celtic Druids had a special reverence for the mistletoe that grew on the sacred tree. White-robed Druid priests would cut oak mistletoe with a golden sickle on the sixth night of the moon. Under the mistletoe, two white bulls would be sacrificed in hopes that their receivers would thrive. Cutting mistletoe from the oak became a sign of emasculating the former monarch by his successor later in history.

As well as being a sexual metaphor, mistletoe has traditionally been considered to be the “soul” of the oak. At both the summer and winter solstices, mistletoe was harvested. The Christmas habit of using mistletoe to adorn houses dates back to Druidic and other pre-Christian traditions. As a result, the Greeks believed it possessed supernatural properties, and it became connected with various folkloric practices over time.

Mistletoe branches were hung from ceilings throughout the Middle Ages and beyond to fend off bad spirits. In Europe, they were used to keep witches out of houses and stables. According to legend, oak mistletoe could also put out fires. Mistletoe was thought to appear on the tree after a bolt of lightning struck. Immigration and settlement led to the transmission of traditions from European mistletoe to its American counterpart.

Kissing under the mistletoe:

Mistletoe kissing was initially connected with the Greek celebration of Saturnalia, and then with early marital customs, according to historical records. It’s possible that they’re the result of two different beliefs. According to one myth, it has the capacity to bring about conception. Mistletoe was also thought to have “life-giving” powers, as did the manure from which it was harvested. As a peace plant in Scandinavia, mistletoe allowed adversaries to proclaim a truce or warring spouses to reconcile. Kissing balls, as they were termed by the English in the seventeenth century, were attributed with a certain mystical charm.

It’s impossible to resist kissing a young girl standing beneath a mistletoe ball festooned with evergreen sprigs, ribbons, and decorations at Christmastime. In the case of a kiss of this kind, it might be the beginning of a long-term relationship or friendship. No one can expect the girl to not get married the next year if she does not get kissed. Mistletoe is burnt on December 12th in some regions of England so that no one who has kissed beneath it will ever get married. It doesn’t matter if we believe it or not, it’s always a good time during Christmas.

A kiss beneath mistletoe is a tradition in many European nations, as well as in Canada, despite its pagan origins. A kiss beneath the mistletoe signifies a vow to marry and a wish for happiness and long life for a couple in love. “Au gui l’An neuf” was the French phrase for mistletoe on New Year’s Day (Mistletoe for the New Year). Mistletoe kissing is now allowed at any time throughout the holiday season.

In many cultures, mistletoe is revered for its alleged magical properties. It’s linked with Frigga, the Norse goddess. It is said that Mistletoe was Frigga’s, the goddess of love and Balder’s, mother’s holy plant. Because of this, his mother was terrified of Balder’s death and believed that all life on earth would come to a halt. Afraid that her kid might be hurt, Frigga sought assurances from the air, the fire, the water, the soil, and every animal and plant that she could find.

The god of evil Loki was Balder’s greatest foe and he knew about one plant that Frigga had neglected in her attempt to protect her son. It didn’t grow on the ground or in the ground, but on apple and oak trees instead. ‘Twas mistletoe, the lowliest of the lowly. A mistletoe spear was created by Loki and given to the blind god of winter -Hoder – who used it to kill Balder. Earth and heaven grieved for the sun god as he faded from view. It took three days for each of the four elements to try to revive Balder. Eventually, Frigga – the goddess and his mother – was able to bring him back to life.

Rumor has it that Frigga’s tears for her son transformed into the mistletoe’s pearly white berries, which she kissed everyone who passed beneath the mistletoe’s tree. No harm shall come to anyone who stands beneath a simple mistletoe, but just a kiss or gesture of affection.

As a Christian, how could it be more natural to accept the mistletoe as a symbol of Love that conquers Death? Its therapeutic powers, actual or imagined, make it a fitting symbol of the Tree of Life, the leaves of which are for the healing of the nations, paralleling it to the Virgin Birth of Christ.