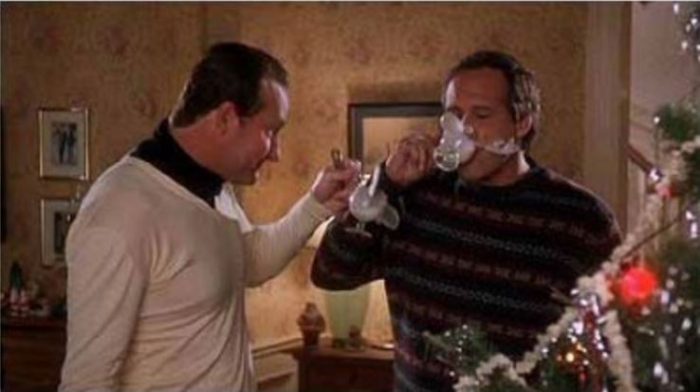 This adult Christmas beverage, sprinkled with nutmeg and with a little (or a lot) of liquor added, is both adored and despised. Although this seasonal drink is widely accessible in pasteurized form, packed in cartons or bottles, and located in the refrigerated dairy area of the local store, few of us make it from scratch.

And with good reason: because there are a lot of raw eggs involved, as well as a historically long maturing process, it’s probably best to leave this one to the experts.

So, what exactly is a “nog,” and why do we drink it around Christmas? Pull up a chair, and let’s get into the nitty gritty…

Eggnog is a classic ‘American’ drink, yet it originated in the United Kingdom as a type of ‘posset’ (hot milk mixed with wine or ale and spices). There are a few historical references of eggs being mixed in as well.

Possets were used to cure colds and the flu throughout the Middle Ages. (Today, the term posset refers to a cold set milk pudding that evolved from the drink in the 16th century.)

Possets were also consumed by the higher classes in the United Kingdom, where they were prepared with Sherry or Brandy rather than beer or ale.

There are several hypotheses as to how the ‘nog’ in eggnog came to be. According to one story, the word ‘nog’ was given to strong beer in East Anglia, and when eggs were added to it, it became eggnog. Another hypothesis holds that the word “nog” derives from the Middle English word for a tiny and carved wooden mug used to serve alcohol (and noggin is still a song phrase for your head!). Another source claims that nog is derived from nugg or nugged ale, a Scottish name for ale that has been warmed by placing a poker from the fire in it!

The drink made its way to the United States in the mid-1700s, when it was frequently mixed with rum instead of ale. Another name idea is that, much as rum was known as grog, eggnog may have begun as egg-n-grog.

However, I believe that eggs with strong ale, or eggs in noggin cups, make more sense…

The earliest recorded reference to eggnog dates back to 1775, when Jonathan Boucher, a priest and philologist (someone who analyzes old writings) from Maryland, penned a humorous song about the different drinks he drank during the day! (However, his poetry was not published until 30 years after his death.)

“Fog-drams i’ th’ morn, or (better still) egg-nogg,
At night hot-suppings, and at mid-day, grogg,
My palate can regale…”

“A young man with a cormerant appetite, voraciously devoured, last week, at Connecticut farms, thirty raw eggs, a glass of egg nog, and another of brandy sling.”

The earliest connection of Christmas and eggnog is from the Virginia Chronicle in 1793:

“On last Christmas Eve several gentlemen met at Northampton court-house, and spent the evening in mirth and festivity, when EGG-NOG was the principal Liquor used by the company. After they had indulged pretty freely in this beverage, a gentleman in company offered a bet that not one of the party could write four verses, extempore, which should be rhyme and sense…”

An early eggnog recipe comes from 1799 when the book ‘Travels Through the States of North America and the Provinces of Upper and Lower Canada’ (volume 2) described how and inn in Baltimore made eggnog:

“The American travellers, before they pursued their journey, took a hearty draught each, according to custom, of egg-nog, a mixture composed of new milk, eggs, rum, and sugar, beat up together;…”

George Washington was the first US President to serve eggnog in the 1790s. His recipe called for rum, whiskey, and sherry!

Read more about...  Mistletoe its history, meaning and traditions

The ‘Tom and Jerry’ is a rum and brandy-based eggnog cocktail. Pierce Egan, a British journalist, developed it in 1920. This drink is said to have inspired the Tom and Jerry cartoon!

In 1892, the magazine ‘The Medical Brief’ proposed that eggnog might be used as a flu cure – thus returning to how medieval possets were utilized!