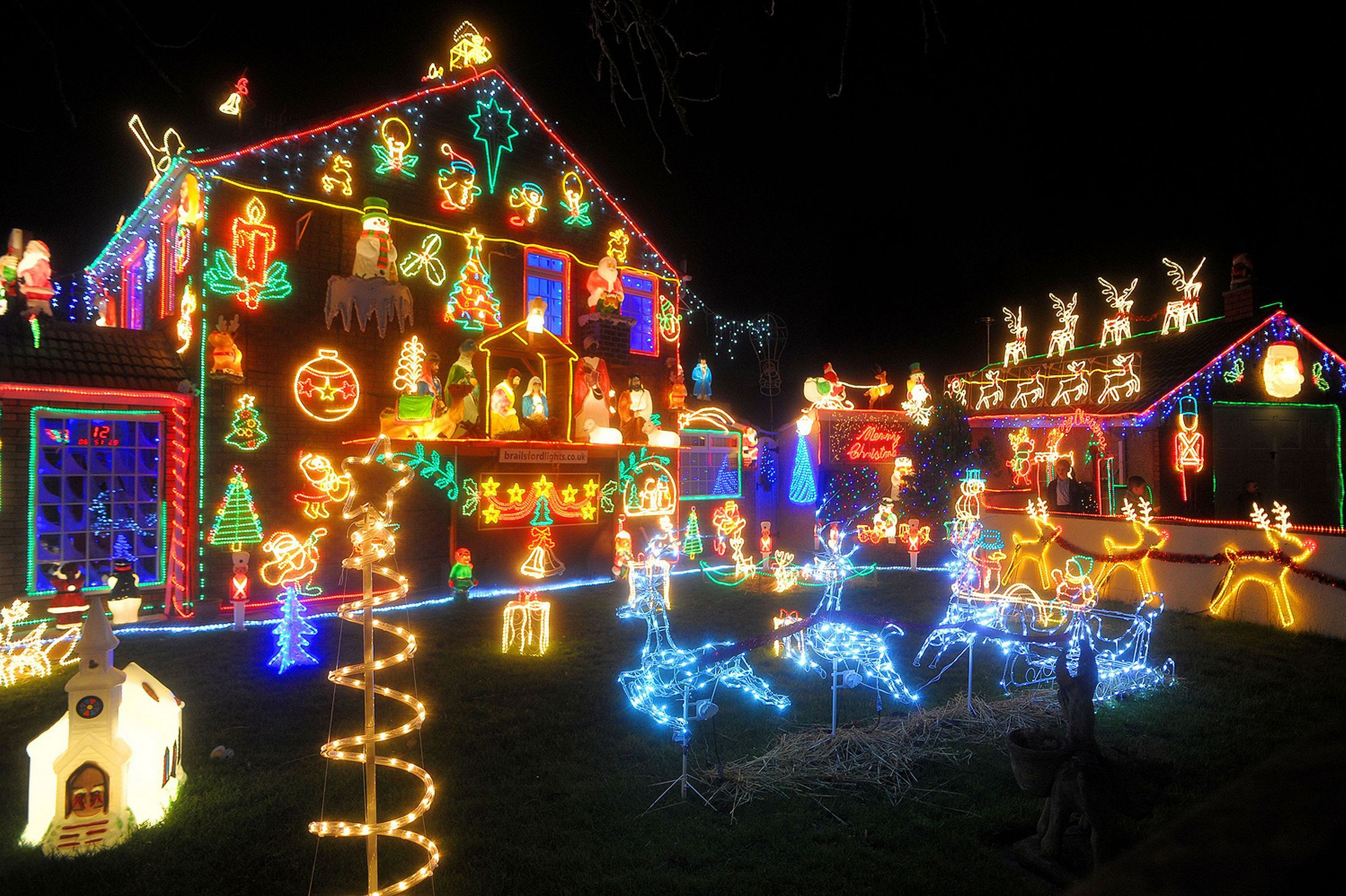 Thomas Edison may be famous for the light bulb, but it was his partner and friend, Edward Hibberd Johnson, who had the bright idea of stringing bulbs around a Christmas tree in New York in 1882. By 1914, the lights were being mass produced and now some 150 million sets of lights are sold in the U.S. each year.

Christmas is an amazing time of year. There are so many things to do, to plan for and to see. One of those things is Christmas lights. Every year people dig them out or by the latest trend and decorate their trees, and their homes with these colorful and cheerful reminders of the holiday season. Christmas lights actually started out just as candles. These candles were attached to the tree using wax or pins. The practice began in Germany during the 17th century and over the next 200 or so years; it became an established practice in Germany and began to spread out into other countries of Eastern Europe.

The practice was originally started in order to bring illumination to the ornaments that were placed on the tree. This practice continued until around 1900 when candleholders became popular and people started to use them instead of wax or pins to hold the candles to the trees. The purpose however, stayed the same. It was to illuminate and make those beautiful works of art that decorated the tree become even more visible.

It was not until around 1915 that glass balls and lanterns were also used replacing the candles on trees as the main form of illuminating and providing glittering beauty to these wonderful symbols of Christmas with the masses. The world of Christmas lights really became something amazing with the invention of the light bulb and electricity. In 1882, the first Christmas tree to be lit by electric lights was seen in New York. It was lit by Edward Johnson who happened to be a friend of Thomas Edison. The Christmas tree was lit with beautiful red, white, and blue lights, which still favorites of many today. It also led to the creation of the first string of Christmas lights, were easily massed produced and were available for sale around 1890. This of course was the start of the wonderful traditions we have today of placing strings of Christmas lights around our trees and homes to liven the holiday.

Read more about...  We Have Proof of Santa!! Santa's Lost ID FOUND At YOUR House!!

The first White House Christmas tree to have electric lights was seen in 1895 and lit by President Cleveland.

The first sets of sting lights were too expensive for the majority of people to afford but by 1900, many department stores were using Christmas lights to liven up their holiday displays and attract customers. The American Eveready company produced the first Christmas light set however in 1903.

The first sets were expensive $12 for 24 lights which in today?s money would be about $80.00, too expensive for the masses however, a wonderful idea was struck and Christmas lights became available for rent at a much cheaper price allowing them to be used by everyone to liven up the holiday displays in homes and businesses. These lights were created by GE. They came in seven colors, clear, frosted, green, blue, purple, ruby, and opal.

In 1917, a fire caused by the Christmas lights led to some reworking and Albert Sadacca came up with safe lights, which helped to reduce the risk of fire from Christmas light strings.

Read more about...  The ugly Christmas sweater: an origin story

Novelty lights, started to make an appearance during the 1930?s as a way to continue spreading the holiday spirit and increase light sales during the depression. This, of course, lead to the wonderful world of snowman lights, icicle lights, and other holiday themed lighting representations.

The Bubble Christmas light became big after World War II. The bubble light was a light that contained a liquid that was boiled inside the light. They were produced by the NOMA electric company initially and then spread. They were incredibly popular lights in the late 1940’s in fact, because of the materials they used not only did they bubble happily but also gave a slight tinkling noise as parts of the plug used for holding the chemicals came loose to rattle around as the lights bubbled. These lights were produced until around the 1970’s. However, many of them are still in use today, working as wonderfully as they did between the 1940’s when they were first introduced, and the 1970’s.

Aluminum trees became popular after the 1950’s, which lead Christmas light producers to come up with a form of multi colored rotating flood light in order to compensate for the use of such trees. This of course, helped to lead to the use of such lighting in outdoor displays and increased both the attractiveness and versatility of them.

Recent years have seen no drop in the love neither of Christmas lights nor in their ever-expanding uses and the creativity of displays created with them. In fact, some people keep them use them all year round as lighting for various purposes.

Recent years have seen an increase in things like tube and track lighting. These are small mini lights in solid plastic tubing. They come in a variety of wonderful colors and provide wonderful additions for outlining. LED Christmas lights have also come up in recent years. These lights take up less power, and really show the advancement of Christmas lights. They are not easily viewed during the day but create amazing displays at night.

Christmas lights are one of the symbols of the holiday season. They are versatile ways to create beautiful displays. Many people have created a tradition out of decorating the tree, the home both inside and out and the yard with Christmas lights. It is a fun way to bring family and even friends together in a creative and fun way.