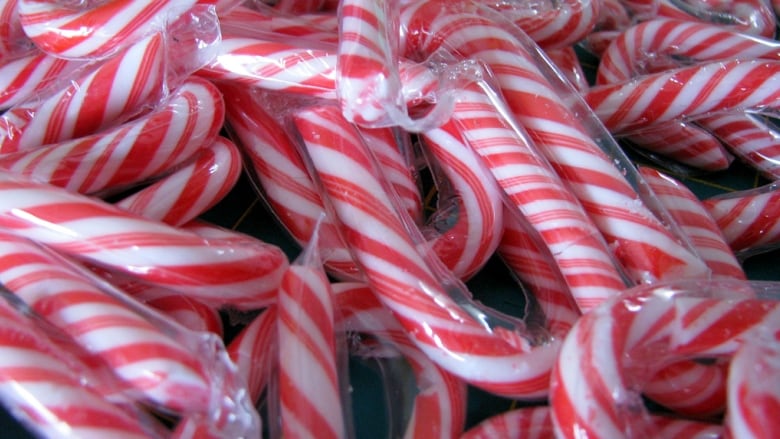 The very first candy cane was nothing like what we know today. They were white, straight, and the only flavor was the pure sweet sugar that was used to make them.

When Christmas trees became a prominent feature of the holiday season, they were adorned with food items such as strung popcorn and white sugar sticks.

The first documented use of the term “candy canes” for these sweet candy sticks was in 1866, and they became a yearly Christmas tradition less than ten years later.

The candy cane has been around for almost 350 years. Although certain details are obscure, like as who invented the candy cane, you can see how this delicious delicacy grew into a Christmas classic.

While there are several stories regarding the origins of the candy cane, no one knows for certain who created this classic confection. According to the History Channel, one plausible version is that the peppermint candy was developed in 1670 by a choirmaster at Germany’s Cologne Cathedral to assist keep fidgety choirboys quiet and attentive during a creche ceremony. If this narrative is accurate, the hook form may be a shepherd’s crook, although this is not definite.

1670- The Candy Cane Could May Have Been Invented

While there are several stories regarding the origins of the candy cane, no one knows for certain who created this classic confection. According to the History Channel, one plausible version is that the peppermint candy was developed in 1670 by a choirmaster at Germany’s Cologne Cathedral to assist keep fidgety choirboys quiet and attentive during a creche ceremony. If this narrative is accurate, the hook form may be a shepherd’s crook, although this is not definite.

1700 – Pulled Sugar Candies are a popular confection in Germany.

According to Susan Benjamin of True Treats Candy, pulled sugar sweets were popular in 17th century Germany. These drawn sugar sweets were entirely white during the 1700s, and the hook may have evolved later as a way of hanging the candy cane on a Christmas tree. The hook design made it simpler to hang cookies, candies, and other treats on the Christmas tree, which was a German Christmas custom.

Read more about...  History Of The Nutcracker Ballet

1844 – Recipe for Striped Peppermint Stick Candy has been published.

Eleanor Parkinson’s 1844 book The Complete Confectioner, Pastry-Cook, and Baker featured a recipe for color-striped peppermint sticks. The book includes extensive directions for leaving the majority of the candy white and dyeing a tiny bit another color, then rolling the two colors together to make a twisted, striped design.

According to Benjamin, the candy cane in its present form was invented by August Imgard, a Swedish and German immigrant who resided in Ohio. Although the delicious treat did not have the familiar red-striped pattern, it did feature the iconic candy cane form. It was also used to decorate a Christmas tree with paper ornaments.

Red and white candy canes became popular about 1900, according to the Smithsonian, by merging the original red-striped peppermint stick with the hook form. Because these candy canes were handcrafted, they were fairly expensive and prone to breakage.

Bob McCormack of Georgia, USA, began manufacturing candy canes to present to his family, friends, and neighborhood youngsters. The fame rose by leaps and bounds.Bob McCormack established his own company, which was initially called as “Famous Candy Company” and was subsequently renamed “Bob’s Candies.” The production quantity was restricted due to the labor-intensive process of hand-forming each candy cane, and the breakage rate was more than 20%.

Bob McCormack’s brother-in-law, Gregory Harding Keller, was studying to be a priest in Rome, Italy. During the summers, he returned home and worked in the candy factory. Gregory created a contraption to automate the candy cane producing process. This equipment, known as the “Keller Machine,” mechanically rotated and curved the candies while also cutting them at the same lengths, saving time and waste.

Gregory is believed to have given these hooked candy sticks to youngsters in church to keep them calm during long services. Bob’s Candies was the first company to mass-produce and sell candy canes. Bob’s Candies has been in business for almost eighty years.

Read more about...  History of Eggnog - A Christmas Tradition

Farley and Sather’s purchased Bob’s Candies in 2005, and candy canes are still part of their product range.

It’s more than simply a piece of candy.

Christians like the simple sugar cane because they feel it represents a variety of symbols:

Many people nowadays utilize candy canes to construct holiday wreaths, candy cane desserts, or just to adorn a Christmas tree. The following candy cane statistics, according to the National Confectioners Association, demonstrate that the modern candy cane is a classic Christmas delicacy that is more popular than ever:

Candy canes have a highly sweet flavor, and reindeers enjoy anything with a sweet flavor. Aside from the sweetness of the Candy Canes, they also have a mint flavor to them, which might cause stomach aches in the reindeer after eating.

Are candy canes only for Christmas?

Candy canes aren’t just for the holiday season. They may also be used to commemorate children’s birthdays and other pleasant and joyful occasions. Candy canes in red and white colors are the most often used on Christmas Eve.

Why is Peppermint a Christmas flavor?

In the year 1670, a choirmaster presented numerous candies to the people and children who were performing in the nativity play. This is how the peppermint mint flavor is thought to have been introduced to the occasion of Christmas Eve.

What do the colors on the candy cane mean?

What is the symbol of the candy cane?

The candy cane is shaped like the letter J. This J represents the initial letter of Jesus’ name. As a result, the shape of the letter J has been chosen for the specific candy cane in order to make it popular during Christmas Eve.

Is there a candy cane Emoji?

The rich history of candy canes adds to their allure. These traditional sweets are just a necessary part of the holiday season. Candy canes can be used to decorate in a variety of ways, including attaching them to gifts or taping them to Christmas cards. You may even use a candy cane motif to adorn your Christmas tree. Whatever you select, you’ll be aware that you’re consuming a delicacy with a 350-year history and a particular place in the Christmas ritual.