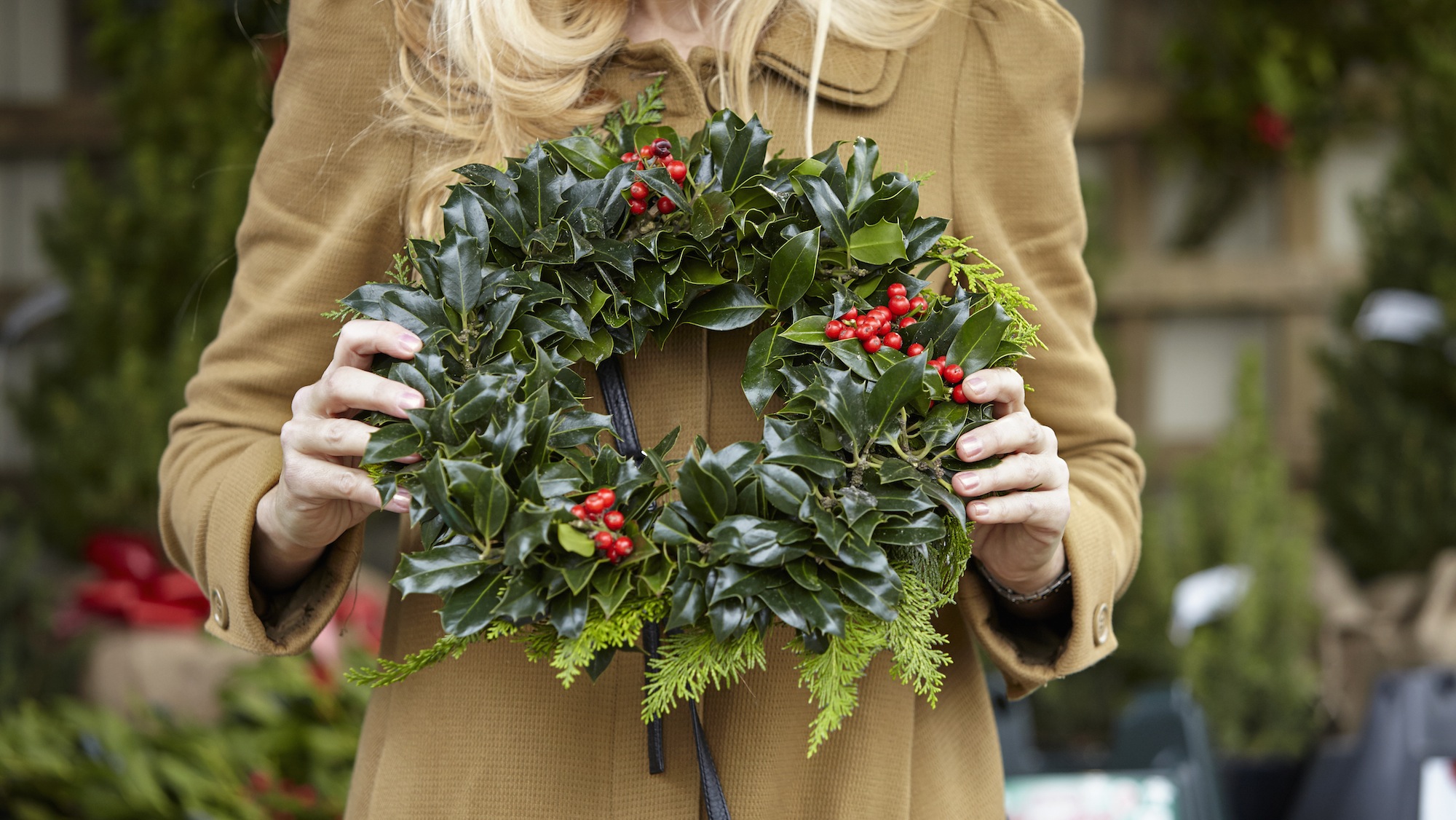 The first indication of Christmas is a Christmas wreath hung on the front door of the house. A wreath is a ring-shaped arrangement of flowers, leaves, fruits, and other attractive things. Wreaths, which come in a variety of forms, are an important element of Christmas decorations. Wreaths are commonly hung on doorways, walls, and over fireplaces. Wreaths are traditionally made using evergreen branches. Wreaths are now available in synthetic materials, which have a significantly longer shelf life.

Northern and eastern Europeans began carrying evergreens home throughout the winter in the 16th century, with Germans being credited with originating the Christmas tree tradition. Pruning the tree was part of the preparatory procedure during this time. Collins states in his book, “Limbs were often cut off in an attempt to make the tree more uniform in shape or to fit into a room,” Instead of discarding the leftover foliage, Europeans braided it into wreaths.

“These people were living in a time when everything in their lives was used until it was gone,” Collins remarks.

Apart from the aesthetic and functional reasons for bending the tree, there was also a spiritual importance for Christians to exercise. “It was crucial to form the trees into a triangle to reflect the Trinity,” Collins explains. According to Catholic tradition, in the seventh century, Saint Boniface, an English monk, used the three points of an evergreen tree to illustrate the notion of God the Father, Son, and Holy Spirit.

Before the wreath became associated with Christmas, it was a prominent emblem of victory and power in ancient Greece and Rome. In Ovid’s Metamorphoses, after the nymph Daphne rejected the god Apollo and escaped from him by turning into a laurel tree, Apollo says, “Since you cannot be my wife, you shall surely be my tree. O laurel, I shall for ever have you in my hair, on my lyre and quiver.” The passage inspired art such as the marble statue “Apollo Crowning Himself,” reinforcing the imagery of Roman and Grecian gods donning the green crown.

Read more about...  Elf on the Shelf the History of Origin Story

The evergreen tree, which was used to make the wreaths, was also essential. Evergreen trees were regarded with awe and reverence because, unlike other living things, they withstood the rigors of winter. People took the trees into their homes once they emerged in abundance in northern and eastern Europe.

Among non-deities, the wreath had a similar meaning. “Athletes who were successful in the Panhellenic games were crowned with wreaths of olives (Olympia), laurel (Delphi), wild celery (Nemea), and pine (Isthmia),” says Mireille M. Lee in Body, Dress, and Identity in Ancient Greece. A crown of leaves or flowers signified honor and delight outside of competitions. The wreath was characterized as “the adornment of the priest performing sacrifice, of the hero returning from triumph, of the bride at her wedding, and of the guests at a feast.”

However, Christmas wreaths added a fresh layer of significance to an ancient concept. Such wreaths were initially used as Christmas tree ornaments, rather than as stand-alone decorations as we know them now. They were fashioned into a wheel-like shape for practical reasons — it was easy to hang a circle onto the branches of a tree — but the design was also significant as a symbol of heavenly perfection. Because the form has no beginning and no finish, it signified eternity. “That was a symbol to them of power, of resilience, and in a way, of hope,” Collins says.

The wreath represents perpetual life because of its circular form and evergreen substance. It is also a sign of faith, since Christians in Europe used to set a candle on the wreath during Advent to symbolise the light that Jesus brought into the world. Johann Hinrich Wichern, a German Lutheran priest, is widely credited for popularizing the Advent wreath and burning candles of various sizes and colors in a circle as Christmas neared.

There are four candles in all in that tradition, one for each week of Advent. Collins writes in his book that three of the candles, which were typically purple, signified the Christian ideals of hope, peace, and love. “The last candle, most commonly crimson in color,” he adds, “represented the pleasure of new life obtained through the gift of Christ’s suffering on the cross.” On Christmas Eve, a white candle was lit to commemorate Jesus’ birth.

The Advent wreath, like many other Christmas customs from Northern and Eastern Europe, was popularized by the masses in the nineteenth century. Collins claims that the marriage of Queen Victoria of the United Kingdom to Prince Albert of Germany allowed Christmas customs from other parts of Europe to become popular in England. In turn, American culture was affected by British culture. Literature such as Clement Clarke Moore’s A Visit From St. Nicholas aided in the spread of Christmas traditions such as wreath decoration.

Despite its widespread popularity today, the wreath started with humble beginnings.

We live in a throwaway culture, the wreath was born out of not throwing things away.