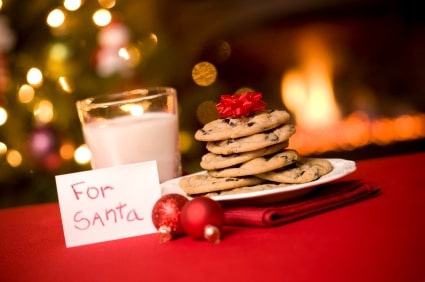 The gingerbread man has become synonymous with Christmas. But how did cookies come to be such an important symbol of Christmas?

Cookies have been around for a long time (possibly as droplets of grain paste poured on hot pebbles surrounding a fire), but they were linked with Christmas in Europe in the 1500s.

Gingerbread was a similar delicacy, but rules confined its baking to guildsmen. During the holidays, however, these limits were eased, and individuals were permitted to create their own at home, creating a particularly special once-a-year treat.

Gingerbread developed during the Crusades and was initially prepared using breadcrumbs that were cooked with honey and strongly spiced. It was dried after being pounded into cookie boards (carved slabs of wood with religious motifs).

Gingerbread has developed to become more secular and to incorporate more contemporary components. When speculaas (gingerbread cookies) were molded into animal and human figures and used as holiday decorations, it became linked with Christmas.

Germans are partly to blame for the association between Christmas trees and Christmas sweets. Alsatians hung oblaten (decorated communion wafers) on their tannenbaums as early as 1597.

In the 1800s, Americans hanged Barnum’s Animal Cracker boxes from trees (the boxes were designed for this purpose). Today, some individuals continue the practice by hanging fake gingerbread men on their Christmas trees.

Read more about...  Christmas Pickle, The True Story Behind a Zany Holiday Tradition

In recent Christmas cookie history, cut-out cookies have become almost universally linked with the holidays in the United States. These biscuits may be traced back to mumming, a Christmas ritual in colonial territories when the Church of England was powerful.

Christmas tales were played out in mumming, and food was utilized to assist represent the story. Yule dows were cut-outs created in this custom, which were frequently in the likeness of the infant Jesus.

As window decorations in the 1800s, Pennsylvania Dutch children made enormous cut-out cookies. Around the same period, Yule dows resurfaced and were dubbed Yule dollies. They were created with tin cutters in the shape of people and beautifully adorned with icing (much like today’s gingerbread men).

The face was usually constructed from a scrap of paper cut from magazines, which had to be removed before the cookie could be eaten. They were divisive because some people believed the cookies were not pious enough (i.e., not depicting Jesus).

Santa became linked with Christmas in the 1840s, and dollies depicting him with a scrap face were created. Some of these cookies were so intricately adorned that they weren’t meant to be eaten (such as today’s gingerbread homes).

Another connection to Santa comes from the Dutch, who thought that on Christmas, Black Peter, Saint Nicholas’ assistant, threw pepernoten sweets about.

Moravians were a Protestant group that emerged in the 1740s and were famous for making cookie pyramids as Christmas decorations for their Christmas Eve ceremonies. Many people today associate spicy Moravian sweets with Christmas.

Read more about...  Who Were the Three Wise Men and Where Did They Come From?

Have you ever wondered why Santa is given cookies to fuel his one-night journey? Historians say the custom started during the Great Depression as a means for parents to promote their children’s generosity. The custom endured, and Santa is unlikely to require a smaller outfit any time soon.